Back to Basics: How to Improve Your Business 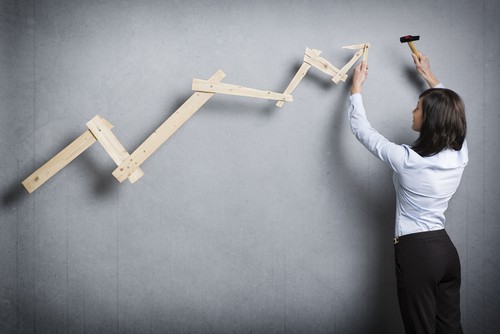 Back to Basics: How to Improve Your Business

Seventy-three percent of U.S. small business owners are optimistic about their success in 2016, according to a survey by Credibly. That’s good news in a world of economic uncertainty and business risk. If you’re looking to improve your business this year, look to successful companies and understand how they weathered near bankruptcy and bumps in the road. Take their cue on getting back to basics to emerge as a leader in your industry.

Establish an Emotional Relationship With Customers

There’s a difference between sticking with a brand and being stuck with one, states Forbes contributor Denise Lee Yohn. This comment encourages all brands big and small to rethink their relationship with their customers. Regardless of what you’re selling, you need to show them that you care about their needs and expectations first and foremost.

For example, CCS lost touch with its core skateboarding audience when it was under a big, corporate retailer. Now that it’s back in the specialty skate shop community, it has made strides to re-brand itself. The company went as far as to design an additional website to explain and market its commitment to the skateboarding community. CCS is dedicated to supplying skateboarders with high-quality equipment and accessories from well-known brands, such as Nike, which only sells to specialty skate shops.

The rapid change in business and technology trends can move faster than your products and services. Nokia started as a wood pulp mill in 1865 before becoming a conglomerate that sells everything from rubber boots to electronics. Nokia kept embracing the idea of transformation and introduced the first fully-digital local telephone exchange in Europe and the world’s first car phone.

Your company may not transform as dramatically and successfully as Nokia, but you can keep on top of technology to streamline and improve your business. For example, start automating tasks like invoices, data backup and social media scheduling to spend more time focusing on your customers’ needs.

Listen to Your Customers

Listening to your customers isn’t as easy as it sounds. It’s easy to focus on a segment of your audience and ignore the rest based on what you want to hear. Take a step back and really listen to what your customers are saying. Better yet, send them an anonymous survey to answer questions and write in responses on what they really think about your business.

Do you remember when Domino’s publicly declared that people were right and their pizzas were pretty terrible? After recognizing the problem, Domino’s made a promise to improve its pizzas, developed a new marketing campaign and released a new recipe. This solution worked and its sales soared.

Rapid success and innovation isn’t always a good thing. Lego was once a booming toy company that delighted legions of fans with a constant stream of new sets and toys, but it nearly went bankrupt about 10 years ago. Some of the company’s kits were so expensive to produce, like the micro-motor and fiber-optic kits, that it was losing a bundle despite its sales.

Lego decided to slash the number of kits released, get rid of lines that weren’t profitable and get back to basics to focus on its Lego bricks. Lego eventually bounced back from the brink of bankruptcy to release a multi-million dollar movie along with new toys and merchandising.

Let Your Customers Brand You

Apple started by making clunky computers in a garage before moving into smartphones, tablets and smartwatches. But there was a moment when it looked like the competition might swallow the company whole. Instead, Apple figured out why its customers cared about its business and products and focused on that. At its core, Apple offers a lifestyle to its customers instead of a laundry list of options in a variety of sizes and colors.