Alt Creative Selected as a Finalist for the 2014 GeneroCity Award 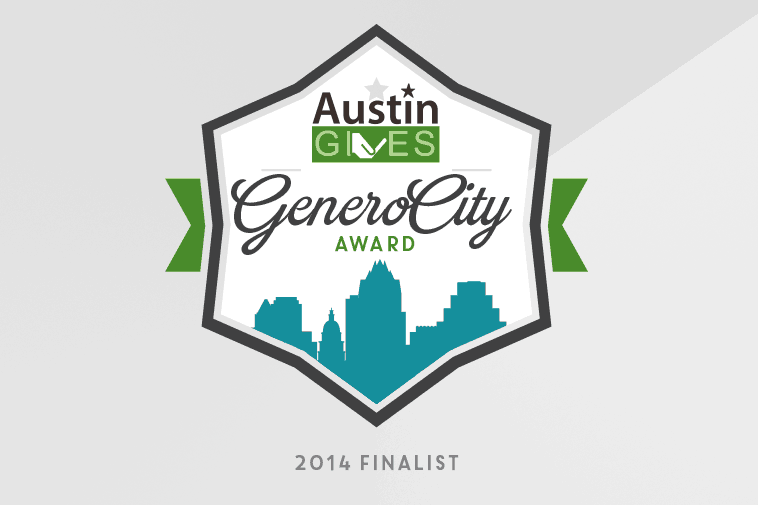 Alt Creative Selected as a Finalist for the 2014 GeneroCity Award

Austin Gives recently held the 2014 GeneroCity Awards Ceremony (pronounced “Generosity”) at the Four Seasons in downtown Austin to recognize local businesses that are rising stars in business philanthropy. The event was kicked off by Austin Mayor Lee Leffingwell and attendees were treated to an inspiring keynote speech by John Paul DeJoria, Co-Founder of John Paul Mitchell Systems and Patron Spirits. The luncheon’s purpose was to celebrate business philanthropy by bringing together generous Austin businesses and the nonprofits they support.

Alt Creative was honored to be named a finalist in the Charitable Champions GeneroCity Awards, as one of four businesses determined by a distinguished panel of judges worthy of special recognition.

“I firmly believe that Alt Creative would not have as much growth and success in any other city. Therefore, it is important to us to support the community that supports our business and the lives of our employees.” says Lindsey Tyner, President & Creative Director at Alt Creative “Frankly, it is just the right thing to do.”

In addition to presenting the awards, the organization celebrated reaching its goal of securing 200 members by 2013, a milestone that was reached just days before the year’s end.

While Alt Creative did not win the final award, they were truly thrilled to be a finalist in such esteemed company. The winner of the Charitable Champions award was Zuma Office Supply, whose business model is structured to donate 50 percent of the company’s yearly earnings to 10 nonprofits each year, which are selected through a voting process completed by the organization’s customers.

Alt Creative is an interactive design agency whose mission is to create a more beautiful world through design and philanthropy. Alt Creative gives 10% of the the final bill of all major projects to charitable causes.